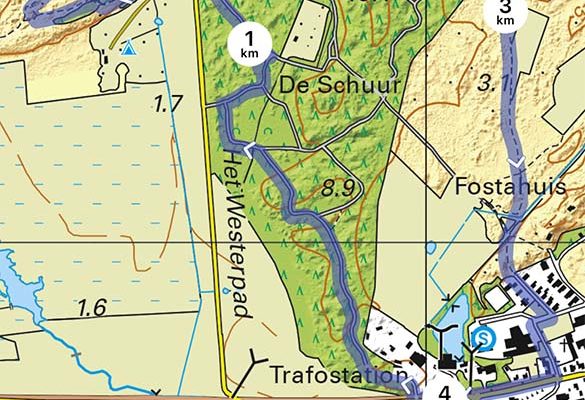 Topo GPS: 10 years in the AppStore

Today, on November 26, 2022 we are celebrating the 10th anniversary of the Topo GPS. It is exactly 10 years ago that the first version of Topo GPS was released in the AppStore.

Our goal was to make an app that has the same features as a portable GPS device with offline topographic maps, but cheaper and easier to use. User privacy was always very important to us, so therefore we do not work with accounts, do not collect user data, and do not show advertisements.

The first version only had topographic maps of the Netherlands. You could download these maps and use them off-line. Recording and routes showing gpx routes was already possible in the first version. On the first day we already got a nice review from iculture (Dutch).

In the 10 years that followed we improved the app in many ways. We now offer official topographic maps of more than 20 countries. Many useful features for outdoor activities were added. In 2015 we made the app available for Android. An Apple Watch version of Topo GPS was added in 2021.

Topo GPS has now about 100.000 monthly active users world wide. Many people use Topo GPS on their outdoor trips. And Topo GPS is even used professionally by for example search and resuce teams and forest firefighters.

We would like to thank all users for their trust in Topo GPS. With help the comments and suggestions of users we were able continously improve Topo GPS for everyone.

We never left the path to our main goal. We are now in a position to claim that the Topo GPS app is even better than a typical handheld GPS device. We will continue this path so that Topo GPS will remain your best outdoor navigation tool in the coming 10 years.